American Electric Power Co., Inc. (AEP) has declined since early December generating some short-term and some longer-term indicators. Is this a short-term pullback and potential buying opportunity or should we worry that a more significant decline or rotation has started? After we look over our three go-to charts we should be able to plot a useful strategy.

In this daily bar chart of AEP, below, we can see that prices have broken support (previous resistance) around $74. AEP has closed below the flat 50-day simple moving average line and has continued lower to approach the still rising 200-day line. The daily On-Balance-Volume (OBV) line shows an uptrend from last January to the middle of December. The OBV line has weakened in the past two weeks which is a concern but not (yet) a major bear flag. The trend-following Moving Average Convergence Divergence (MACD) oscillator crossed to the downside in late November for a "take profits" sell signal. This indicator has continued to weaken and late last month it fell below the zero line for an outright sell signal.

In this weekly bar chart of AEP, below, we can see the price action over the last three years. AEP has not broken the pattern of higher lows and higher highs but prices are very close to testing or breaking the rising 40-week moving average line and the last low on this chart was around $70 and that is not all that far away. The weekly OBV line weakened last month but remains in a longer-term positive trend. The weekly MACD oscillator crossed to a take profits sell signal last month.

In this Point and Figure chart of AEP, below, we can see a long running uptrend from 2009. Impressive. This chart does not show a distribution pattern and it does not have a downside price target. The chart, unfortunately, shows that volume has dried up as prices have climbed. The lack of volume or potential buying support could mean a deeper decline is possible. 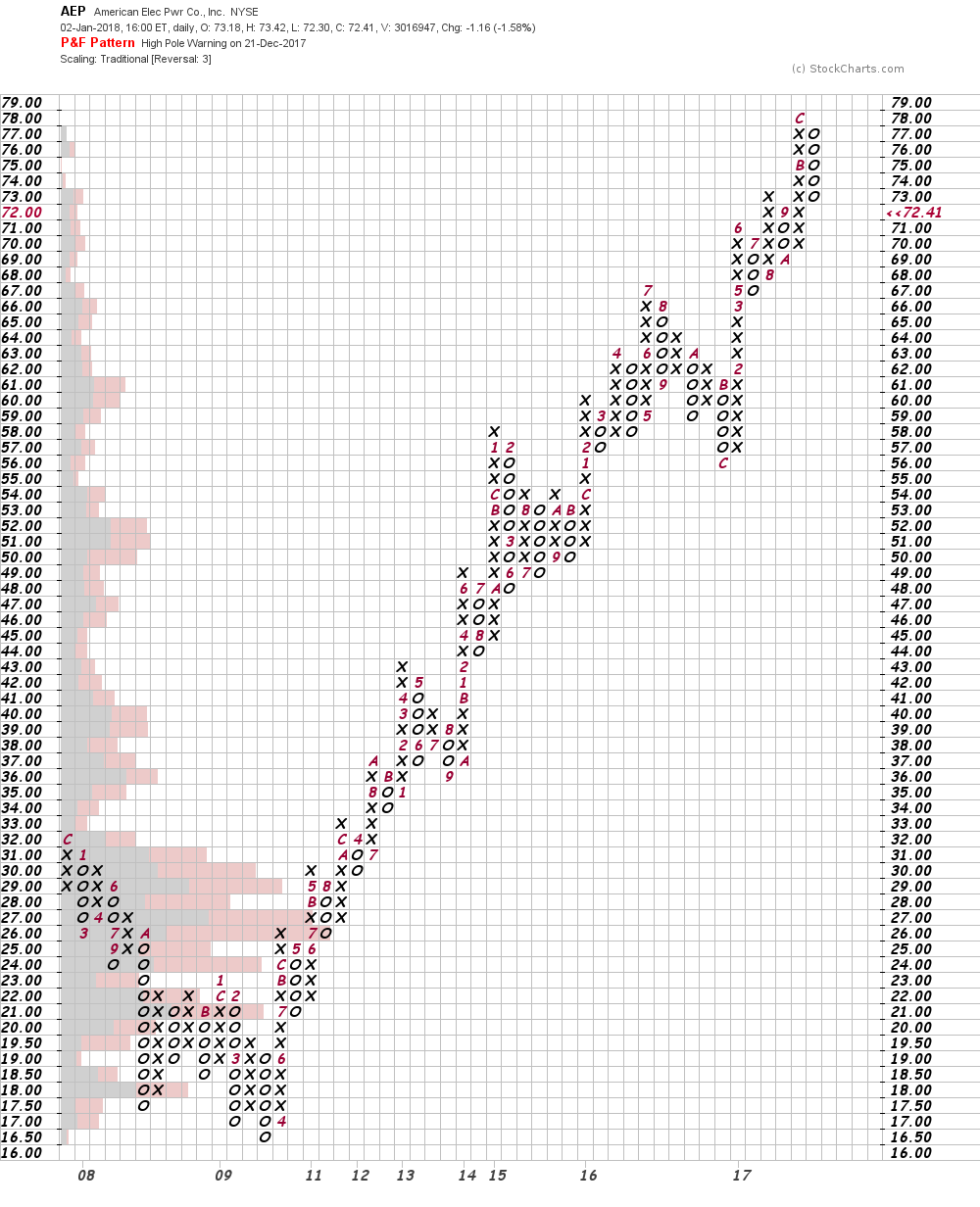 Bottom line: AEP has pulled back and generated some bearish signals in the past month. This decline probably has further to go but our charts and indicators are not decisive. Traders should avoid the long side of AEP and investors may want to raise sell stop protection to a close below $70.

These 3 High-Dividend Canadian Stocks Are Worth a Look

We like Canadian stocks for their relatively low valuations compared to US peers.

Tap Into a Steady Dividend Stream With These 3 Water Stocks

Do You Know the Way to the Bottom in SJW?

The shares of this utility stock have turned lower from a choppy sideways pattern.