Johnson Controls International (JCI) has "rolled over" from the middle of 2016 and looks poised for further losses in the weeks ahead. Despite rallying since the middle of November the overall price picture and indicators are foreshadowing further declines ahead. Let's look at the price action to see where the current bounce could fizzle and the bears resume their downtrend.

In this daily bar chart of JCI, below, we can see a pattern of lower lows and lower highs the past year. The 200-day moving average line has had a negative or bearish slope since the middle of August and the quicker-to-react 50-day moving average line shows a number of negative trends with the most recent starting in early November. The On-Balance-Volume (OBV) line shows a similar pattern of lower lows and lower highs telling us that sellers of JCI have been more aggressive. The OBV line does show some improvement the past six weeks but this may be just another rally in a downtrend. The trend-following Moving Average Convergence Divergence (MACD) oscillator crossed to the upside in late November for a cover shorts buy signal but now the indicator looks like it could stall at the zero line.

In this weekly bar chart of JCI, below, we can see how prices "rolled over" and topped out from the middle of 2016 to the middle of 2017. The 40-week moving average line turned flat and prices crossed above and below for several months before sinking lower. The weekly OBV line shows a weakening pattern since November 2016 and tells us that sellers of JCI have been generally more aggressive. The weekly MACD oscillator peaked in July 2016 and has generated a number of bearish signals since then. The MACD oscillator looks like it can cross to the upside for a cover shorts buy signal but a crossover will need sustained price strength in the weeks ahead.

In this first Point and Figure chart of JCI, below, we can a similar pattern of lower lows and lower highs. A downside price target of $27.57 is shown and we can also see a lot of potential resistance above $39 looking at the volume a prices information. 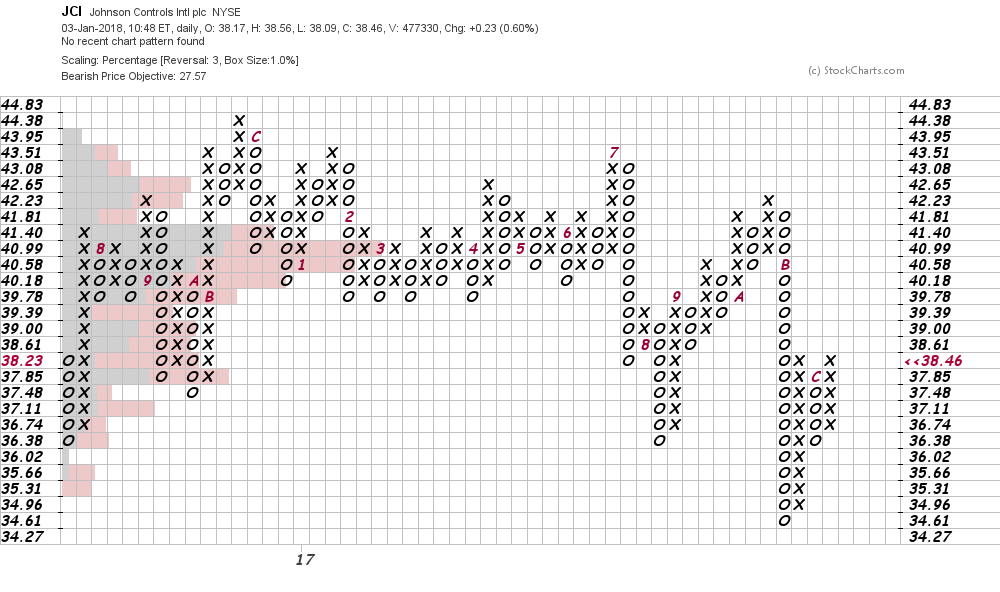 In this second Point and Figure chart of JCI on a weekly time frame, below, we can see the rounded top formation and the downside price target. On this time frame we can see a lot of volume from $37.85 to $41.40. A rally into this area, should it occur, will likely meet selling by longs. 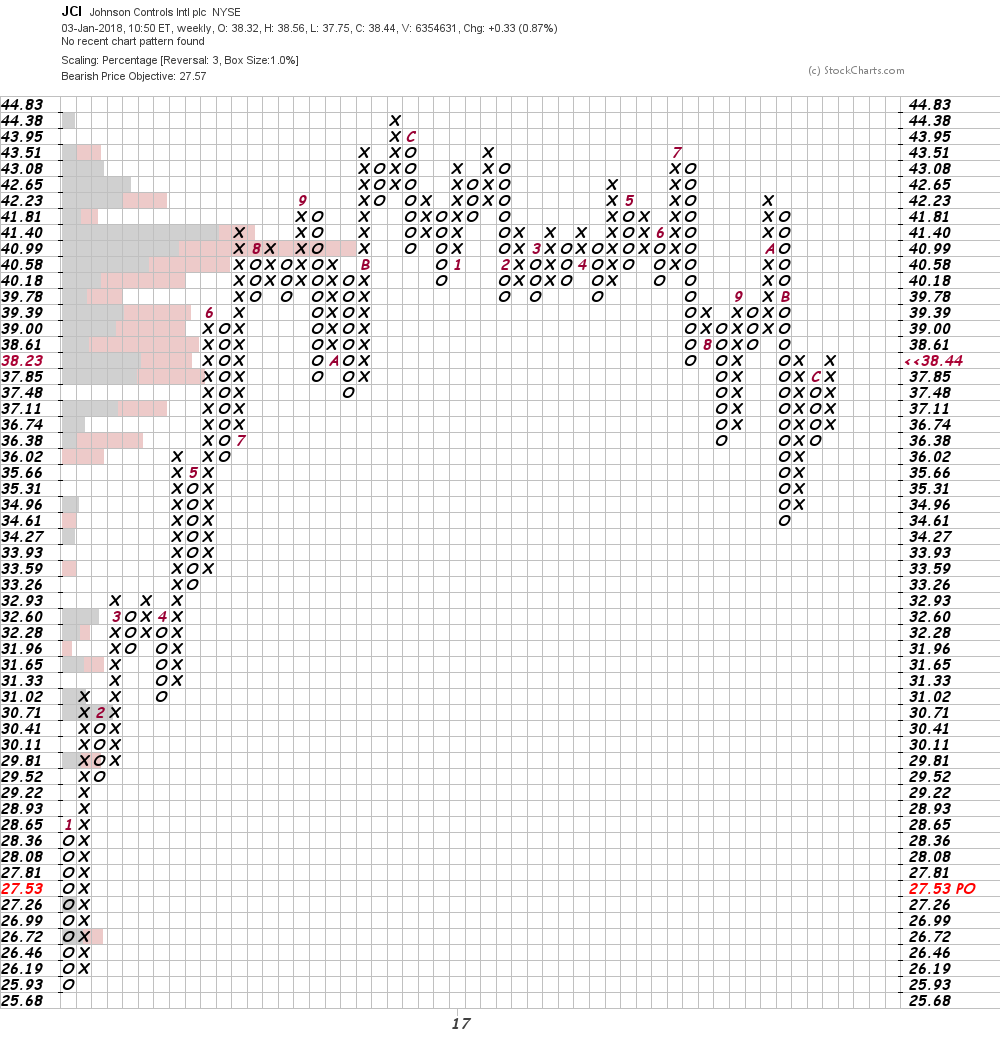 Bottom line -- JCI has rallied from below $35 to above $38 the past few weeks but the overall price pattern is one of weakness. Stay defensive.